Dr. Deirdre Coffey, UCD School of Physics
Exploring the Cosmos – The View from Hubble and Beyond

The Hubble Space Telescope has recently celebrated its 25th anniversary. It has had a huge impact on observational astrophysics and cosmology over the course of its working life. The talk will start from its uncertain beginnings through to the present day, and introduce its next generation space telescope, the James Webb Space Telescope.
Dr Deirdre Coffey lectures in Astronomy and Space Science at UCD School of Physics. Following a BSc in Physics from UCD, she studied for a PhD in Astrophysics at The Dublin Institute for Advanced Studies. Her post-doctoral experience includes a fellowship at Arcetri Observatory in Florence, Italy. Her research interests are in the field of star formation.

In the western hemisphere, the Classic Period of Maya civilization lasted from AD 250 to 909. Previously no clear evidence has been identified in Maya hieroglyphic inscriptions that they recorded meteor showers. Yet their astronomical knowledge certainly extended to cycles involving Venus, and solar and lunar eclipses.
David Asher worked on near-earth asteroid surveys in Australia and Japan before coming to work on sun-grazing comets with Professor Mark Bailey at Armagh Observatory. David believes research can be at its most fascinating when it brings together different subjects: can modern astronomical calculations explain some features of past records, for example historical, climatological or geological? 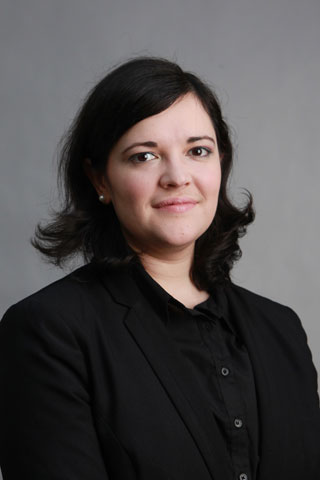 Zeldine is a practicing Barrister at the Bar of Ireland and holds a Ph.D. on international Space Law, (yes, there is such a thing!). She has guest lectured in Space Law and policy at the School of Physics in UCD and the Department of Engineering at the University of Glasgow. She currently lectures at the Institute of Public Administration.

Humanity’s exploration of space has given rise to whole new area of legislation; Space Law, which seeks to govern and regulate our activities beyond the confines of our planet. This talk will look at what space law is, the boundary between air and space, the development of the field and outline the key aspects of international space law.

In recent years, we have undergone a revolution in our view of our Solar System. Much of this revolution has been spurred from the knowledge humanity has gained through robotic exploration of the planets and asteroids around us. This talk will present an overview of some of the robotic missions that have caught the world’s attention, including the Dawn mission to Ceres, the Rosetta mission to comet 67P, and New Horizons to the demoted Pluto. Dr. Wes Fraser is a planetary and observational astronomer working as faculty at Queen’s University, Belfast. The goals of his research is to understand the planet formation process, and in particular the start of the process, when planets are growing out of dust and boulders. He uses the worlds advanced telescopes in places like Chile and Hawaii to observe the Solar System’s small denizens with the view that these are relics of a failed planet formation process.

As we find more and more planets going around other stars, and find that life can exist on Earth in unbelievably hostile environments, the topic of life elsewhere in the universe is no longer science fiction, but the subject of serious scientific research. Even in our own solar system, we are now fairly sure that there once were large seas on Mars, and there is currently water below the surface of several other planetary moons, and where there is water, there is a chance of life.

About the Author: KayB