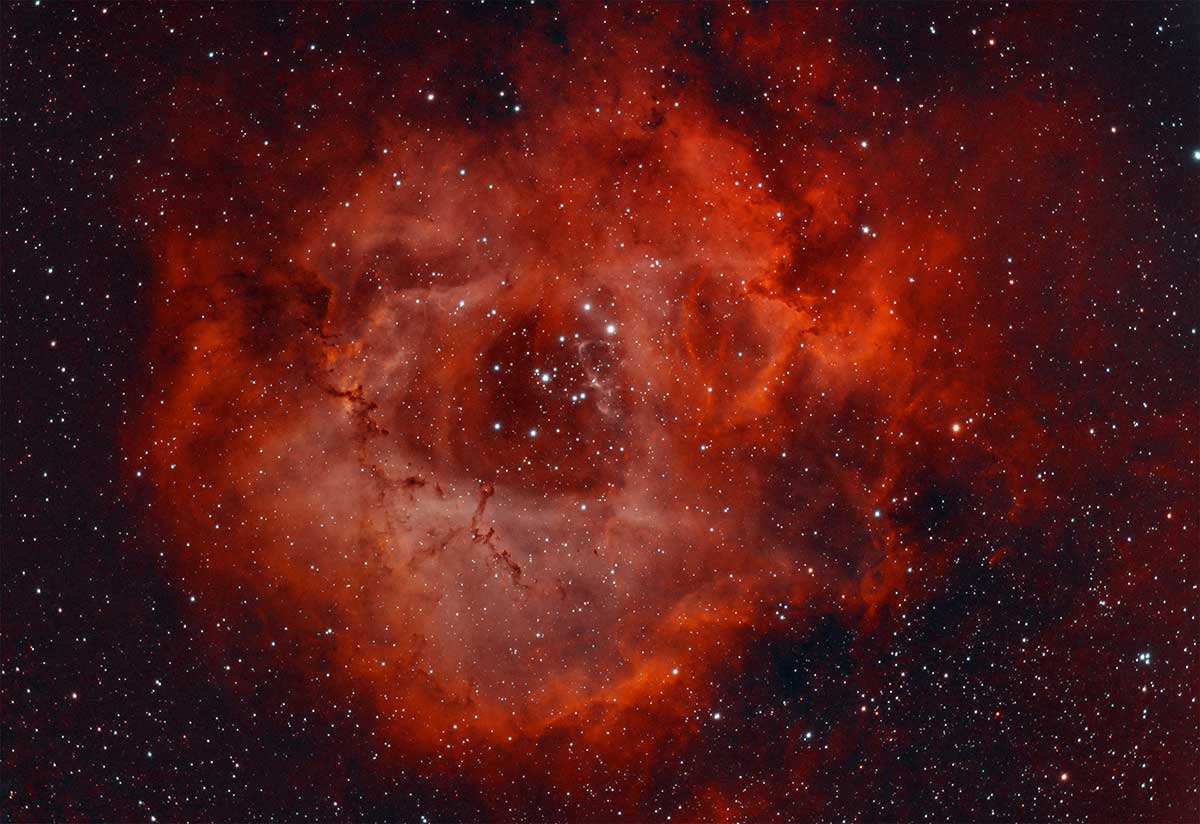 Welcome to Galway Astrofest 2019, Ireland’s largest astronomy festival. This year’s event will be situated at the Harbour Hotel, in the heart of Galway. 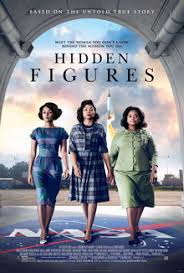 As the United States raced against Russia to put a man in space, NASA found untapped talent in a group of African-American female mathematicians that served as the brains behind one of the greatest operations in U.S. history. Based on the unbelievably true life stories of three of these women, known as “human computers”, we follow these women as they quickly rose the ranks of NASA alongside many of history’s greatest minds specifically tasked with calculating the momentous launch of astronaut John Glenn into orbit, and guaranteeing his safe return. Dorothy Vaughan, Mary Jackson, and Katherine Gobels Johnson crossed all gender, race, and professional lines while their brilliance and desire to dream big, beyond anything ever accomplished before by the human race, firmly cemented them in U.S. history as true American heroes. Don’t miss this opportunity to see it on the big screen again!

uipment will have their wares on display. The hall will also host stands providing information on Dark Sky festivals, displays of astrophotography, information stands and more.

This talk looks at the current hunt for coronal mass ejections around other nearby stars. CMEs in our solar system are a by product of intense magnetic activity on the surface of our sun. They are associated with large solar flares, and are huge clumps of high energy plasma that shoot out and, if they hit a planet, they either (i) roast the surface & atmosphere, if they have no magnetic field, or (ii) distort the magnetosphere of a magnetised planet, resulting in aurorae. Of course the most intense CMEs can still seriously affect Earth, with power outages and surges caused by the enormous currents flowing at high altitude, and a degradation of the atmosphere. A star that continually produces CMEs is going to be a lethal menace to any of its planets, and is going to have a huge impact on the likelihood of life developing there. With the discovery of so many extrasolar planets in recent years there is a lot of interest in studying these CME’s yet despite a lot of work, they are proving very elusive to detect!

Bio: Aaron Golden graduated with a B.A. in Natural Sciences (Experimental Physics) from Trinity College Dublin in 1991, a M.Sc. in Computational Science from the Department of Applied Mathematics & Theoretical Physics at Queens University Belfast in 1992, and completed a PhD in Astronomy at the School of Physics, National University of Ireland, Galway in 1999 – during his doctoral studies he was a Visiting Scholar to the Department of Astronomy at UC Berkeley in 1998. Dr. Golden was appointed a lecturer in IT at NUI Galway in 1999, moving to the School of Mathematics, Statistics and Applied Mathematics in 2008. In 2004 Dr. Golden was a Visiting Astronomer at the Paris Observatory, and a Human Frontier Science Fellow to the Albert Einstein College of Medicine in New York City – in 2007 he was awarded a Short Term Fellowship by the European Molecular Biology Laboratory to visit the Institute for Molecular Biology in Heraklion, Greece. On leave between 2011 and 2015, Dr. Golden was an Associate Professor of Genetics at the Albert Einstein College of Medicine, as well as a Research Associate Professor of Mathematical Sciences at Yeshiva University and a Research Associate at the Department of Astrophysics at the American Museum of Natural History and was also a consultant to NASA’s Planetary Sciences Division. In 2016 he returned to resume his faculty duties in NUI Galway, and in 2017 was appointed Research Associate/Visiting Astronomer to the Armagh Observatory and Planetarium.

Tony O Hanlon: ‘V1, The star that changed to Universe’

The story of the first variable discovered in M31.

This talk discusses the lead up to the discovery of the first variable in M31, the difficulty of that particular observation, and the importance for astronomy that it had at the time.  It expands on Hubble’s work at that time including his detailed work on the variable itself, and finish with modern observations including the challenges for amateurs.

Bio: A co-founder of the Shannonside Astronomy Club in 1985, Tony held the post of Secretary for 24 years; and was also a co-founder and primary organizer of the SAC’s Whirlpool Star party based in Birr Castle, Co. Offaly, an internationally recognised event. A former V.P. of the Irish Astronomical Association, he has presented star shows and public outreach activities at Armagh Planetarium. Tony has been fortunate to spend time at large professional observatories around the world. 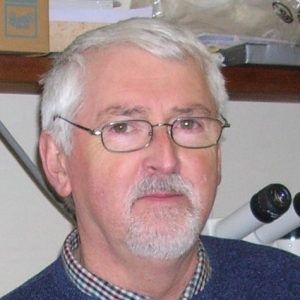 With a year-by-year record of oak growth for over 7000 years, the discovery of damagingly bad growth episodes in Irish oaks, roughly once per millennium, raised some interesting questions.  Were these extreme environmental downturns due to the dust veils associated with unusual volcanic episodes, or were they the result of atmospheric loading by extra-terrestrial bombardment.  This talk reviews the progress in this search for the extra-terrestrial component in history, that is definitely not in the history books, but may be there in myth!

Bio: Michael Baillie is Professor Emeritus of Paleoecology at Queens University Belfast, Northern Ireland. Prof. Baillie is a leading expert in dendtochronology, or dating by means of tree-rings. In the 1980s, he was instrumental in building a year-by-year chronology of tree-ring growth reaching 7,400 years into the past

Morgan Fraser: ‘Gravitational waves – a new window on the Universe’

Bio: Morgan Fraser is a Royal Society – Science Foundation Ireland University Research Fellow, at the School of Physics in UCD. He obtained his PhD in 2011 from Queens University Belfast, and spent time there as a postdoctoral researcher, before moving to the Institute of Astronomy at the University of Cambridge. Since moving to UCD in 2016, his research aims to explain the ultimate fate of the most massive stars as core-collapse supernovae, and find new classes of extragalactic transients. 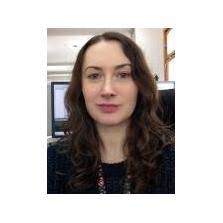 Eruptions of particles, radiation, and plasma from the Sun can impact a range of vital technologies on Earth and in near-Earth space via space weather. Nowadays even the general public is interested in space weather forecasts when hoping to spot aurorae, the spectacular light displays in the night sky caused by the solar wind. There is an increasing need to provide accurate space weather forecasts to a variety of end users, as society becomes ever more dependent on technology and space exploration moves further away from Earth. However, solar eruption prediction is still in its infancy, and there are many research efforts underway to try to improve forecast accuracy to rival terrestrial weather forecasting on Earth. This talk will explore the space weather phenomenon, from how we track the Sun to try to predict when big solar eruptions occur, to how we monitor their impact at Earth. The current limitations of our understanding of the Sun-Earth connection will be discussed, as well as how we are working with weather forecasters to try to improve the accuracy of space weather forecasts.

Bio: Dr. Sophie Murray is originally from Naas, Co. Kildare, Ireland. She obtained a BA in Physics and Astrophysics at Trinity College Dublin (TCD), and an MSc in Space Science at University College London. She completed her PhD with the Astrophysics Research Group in TCD, studying sunspot evolution with vector magnetic field observations from the Hinode spacecraft in order to better understand solar flare processes. From 2013 until 2016 she worked as a Space Weather Research Scientist at the Met Office, the national meteorological service for the United Kingdom. There she transitioned basic science to operational space weather forecasting.

Bio: Tom is a well-known figure among the Irish astronomy community. One of Ireland’s leading photographers, Tom’s work has won several awards, and has been published in magazines such as “Astronomy and Space”, The BBC’s “The Sky At Night”, “Astronomy Now”, the French “Astronomie Magazine”, and “Practical Astronomer”.

For those interested in the more hands-on aspects of astronomy, the Club will run a workshop during the lunch break, dedicated to the more practical aspects of astronomy. This will also represent an ideal opportunity to ask any of those astronomy questions you always wanted to ask.