Welcome to Galway Astrofest 2020, Ireland’s largest astronomy festival. This year’s event will be situated at the Harbour Hotel, in the heart of Galway. 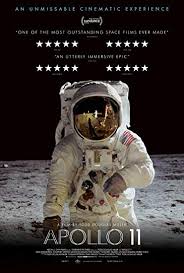 Apollo 11 directed by Todd Douglas Miller, isn’t like other documentaries about the first moon mission. In fact it isn’t like most other movies, period. It is magnificent and unique, an adrenaline shot of wonder and skill. A cinematic event 50 years in the making, it features never before seen large format footage of the mission to land on the moon led by Commander Neil Armstrong and pilots Buzz Aldrin & Michael Collins. A cinematic journey that should only be experienced on the big screen!

Bio: Dr Meg Schwamb is an lecturer at Queen’s University Belfast. Meg’s research focuses on how planets and their building blocks form and evolve, applying ground-based surveys to probe our Solar System’s small body reservoirs. She is also involved in the Planet Four citizen science projects, which enlists the public to help study the seasonal processes of the Martian south pole and map the distribution of ridges on the Martian mid-latitudes. Meg also serves as co-chair of the Large Synoptic Survey Telescope’s Solar System Science Collaboration. Meg was awarded the 2017 Carl Sagan Medal for Excellence in Public Communication in Planetary Science from the American Astronomical Society’s Division for Planetary Science.

Mike Redfern (NUIG): ‘The E-ELT, Biggest (and best) eye on the sky’

Bio: Michael Redfern is Professor Emeritus of Experimental Physics and the Centre for Astronomy in NUI-Galway. He introduced the study of astronomy to Galway and was responsible for setting up the first undergraduate degree in astronomy in Ireland. He is a long-time supporter of the Galway Astronomy Club and has given many talks to the club over the years.

Bio:Lána has had an interest in science since her visit to the Kennedy Space Centre at the age of 9 years old. She is a science graduate from University College Dublin where she is currently a PhD Student in the space science group. Lána is carrying out research on how to find the optical counterparts to gravitational wave sources and she is also part of the EIRSAT-1 team where the aim is to get Ireland into space!

Luke McConnell: ‘Particle Physics – what really goes on at CERN’

Bio:Luke McConnell is an experimental particle physicist at University College Dublin, working on the LHCb experiment based at the European Centre for Nuclear Research (CERN). In addition to his research interests, he also teaches both first and second year undergraduates. He has an MSc in Particle Physics and a BSc in Physics and Mathematics, both from the University of Cape Town. His first real taste of research in particle physics was as a summer intern at CERN. Outside of physics, his interests include hiking, reading, and whiskey! 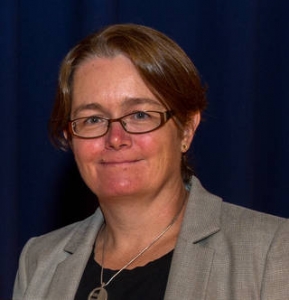 Bio: Julie McEnery is the Project Scientist for the Fermi gamma-ray Space Telescope and an astrophysicist in the Astrophysics Science Division of NASA’s Goddard Space Flight Centre. She is an Adjunct Professor of Physics at the University of Maryland and at the George Washington University. She is co-Director of the Joint Space Science Institute between Goddard Space Flight Centre and the University of Maryland. In 2011, she was elected a fellow of the American Physical Society. She is a member of several organizations and instrument teams, including the American Physical Society, the American Astronomical Society, the Milagro Collaboration, and the VERITAS Collaboration. Julie received her BSc in Physics with Astrophysics from the University of Manchester in June 1993. In August 1997 she received her Ph.D. in Physics from University College Dublin

Bio:Mike became interested in Astronomy at the age of 5, receiving his first telescope as a gift from his dad at the age of ten. Since then he has become a keen amateur astronomer establishing in 2010, the Cherryvalley Observatory based in the small village of Rathmolyon in rural Co Meath, Ireland. This is a Recognised Observatory (Code I83) awarded by the International Astronomical Union Minor Planet Centre. Its work primarily focuses on astrometry and photometry of minor planets (asteroids). Mike is a member of the British Astronomical Association and Meath Astronomy Group. Cherryvalley observatory is also affiliated to NEMETODE (Network for Meteor Triangulation and Orbit Determination) which undertakes research into the nature of meteors, a joint venture among amateur and professional astronomers across the UK and Ireland.