In the throes of its Grand Finale in 2017, the long-time resident of Saturn’s orbit, Cassini, flew through Saturn’s rings, before plunging into Saturn’s atmosphere. It then beamed back terabytes upon terabytes of data on the disc of ice and dust so recognisable, that we would struggle to imagine the sixth world from the sun without it. However, as the data was crunched and speeds and weights measured, it was discovered that the ring system has not been a mainstay, as far as astronomical bodies are concerned, and that it may not be there for much longer. Estimates vary from ten to a hundred million years, the exact age of the rings not within our reach yet.

How scientists got these estimates down to, what is, in astronomical terms to be somewhat accurate, considering how volatile the regularly colliding bunch of ice cubes and bergs is, was with how much dust obscured the ice bodies and their weight. The amount of impurities on the ring of ice was established previously, to be around 1%. pinned the weight of the rings down needed the probe to be in between the rings and the planet itself, as when Cassini was orbiting around both, scientists were unable to distinguish the gravitational pull of one from another. 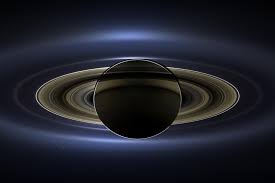 Through the analysis of the Doppler Effect on the radio signals sent back to Earth, scientists were able to measure the velocity of the spacecraft between the planet and its rings at each six final orbits, the gravitational pull found at the end of these calculations subtracted from the known variables, Saturn’s gravity, and its moons so that the gravity, thus the weight of the rings is found. A value of around 15 million billion metric tons was published, along with other measurements, such as the size of Saturn’s core, were published by NASA in the Science journal in the first month of 2017.

About the Author: Barry Cahill