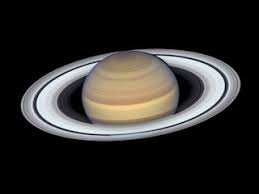 Galway Astronomy Club are  inviting you to our FREE May meeting which will take place via Zoom on Monday 9th May at 8pm.

Talk:  ‘Saturn – the Jewel of the Solar System’

The planet Saturn has long been an object of fascination for humanity. In 1655, the Dutch astronomer Christiaan Huygens realized that Saturn was surrounded by an astonishing system of rings. Through a telescope, the rings present an unforgettable sight of exquisite beauty. The rings are made up of uncountable billions of chunks of
water ice, mixed with traces of rocky material. While they span 275,000 kilometers from one side to the other, the rings may be only about 20 meters thick.
Saturn is a “gas giant” composed mainly of hydrogen and helium, and is accompanied by a retinue of 82 known moons. One of them, Enceladus, possesses an underground ocean of liquid water, which could even harbour life. Powerful geysers erupting near the south pole of Enceladus send water and dissolved chemicals careening outwards into space. Saturn’s largest moon, Titan, is the only place besides Earth known to have liquids in the form of methane rivers, lakes, and seas on its surface.
Since the 1970s, several robotic spacecraft have flown by Saturn for close-up reconnaissance of this stunning world and its moons. In 2005, a European probe the size of  a large refrigerator parachuted down to a soft landing on the surface of Titan. For 13 years, from 2004-17, NASA’s Cassini spacecraft orbited Saturn, taking thousands of
photographs and scientific measurements.

In this highly visual presentation, he will share many perspectives about Saturn – from the ancient Greeks, to Galileo’s first views of the ringed planet, to what we have learned about Saturn from 20th and 21st Century spacecraft.

This presentation is aimed at a general audience so will be suitable to friends and family who may not have a background in astronomy.

Speaker:
Howard Simkover was born in Montreal, Canada and obtained his education there. He graduated as the leading student in McGill University’s Faculty of Electrical Engineering, and was awarded the British Association Medal for Great Distinction. His professional career, during the daytime, has been in the field of telecommunications with Bell Canada and also in management consulting. He is a Professional Engineer, Ontario, and is currently working as a consultant in process management and governance with Health Canada, the federal government department.

Howard’s lifelong interest in astronomy began in 1956. He obtained his first telescope at that time, and used it to observe the planet Mars when it came very close to the Earth that year. Later, he became active in the Royal Astronomical Society of Canada, where he served on the Observation Committee and the Board of Directors of the Montreal Centre.

From 1968-89, Howard produced numerous shows and lectured on astronomy at the Dow Planetarium of the City of Montreal. Some of his shows have played at other planetaria in Canada and the United States. He has also lectured at the Canada Science & Technology Museum in Ottawa and at Carleton University. He currently speaks about astronomy to various groups around the National Capital Region, and to groups elsewhere via Zoom technology.

This meeting will be via Zoom. Meeting access as follows: